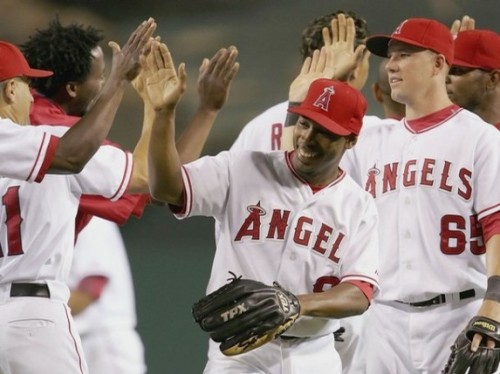 Well it’s the day of the All-Star Game, and it seems that the Angels will have 2 representatives on the American League squad after all.

Chone Figgins, that same man who we all were lobbying for in the Final Vote, will replace Tampa Bay Rays 3rd baseman Evan Longoria on the AL All-Star team after Longoria had to withdraw due to an infected right ring finger.

Figgy will join Brian Fuentes in St. Louis, and had he been healthy, Torii Hunter as well.

This is Figgy’s first All-Star Game, and during the Final Vote voting period, Figgy came up with a motto: “Flip for Figgy, and I’ll flip for you,” referring to the symbolic backflip that former Cardinals’ great shortstop Ozzie Smith used to so often do for St. Louis.

Smith was an idol to Figgins growing up and now, with baseball fans all across America watching, Figgy might get his moment to honor The Wizard with some acrobatics of his own.

Congratulations Chone. We all know this was well-deserved.